What is happening around us

Bluestem Ecological ServicesBlogUncategorizedCan I use Cultivars or ‘Nativars’ to attract Monarchs to my yard?
April 30, 2022 / By Bluestem / Uncategorized/ 0 Comments

Can I use Cultivars or ‘Nativars’ to attract Monarchs to my yard?

*This post is published on behalf of Schaumburg Monarch Initiative.

We’ve all been there; you’re in the garden center and simply overwhelmed by options. There are so many beautiful plants, separated into annuals and perennials, sun and shade! You ask yourself, “What will look good in my beds AND support the monarchs?” You squint at the plant tags to see if there’s any more information, and this one has a butterfly on it. No explanation of the small symbol, but it seems convincing, right? 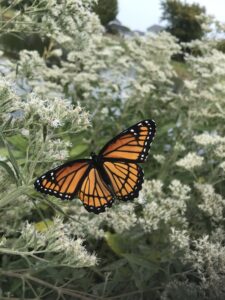 Many nurseries and garden centers offer plants sold under a common name: zinnia, cosmos, hosta, and coneflower. It can be hard to tell which are native and which are not. Whether you are at a garden center or asking your landscaper to plant something new, there are two considerations:

In order to answer either question, look for the scientific name of the plant. It might be found on the back of the plant tag. It will usually be in italics. For example: Echinacea purpurea (Purple Coneflower).

A process called binomial nomenclature (Latin for “two-name naming”) uses the genus and species names to identify plants and animals. Canis is the genus for Dogs. The plants we know of as Hostas are all in the Hosta genus. The species name is more specific: German Shepherd or Labrador Retriever—or Guacamole Hosta or Blue Angel Hosta.

How to find native plants:

Once you have the scientific name (also called Latin name), you can look up the native plant lists at IllinoisWildflowers.info. If the plant is native, it’s usually a good choice to support native bird and pollinator populations.

But sometimes, there’s a third name after the species. This name will often be in quotes, such as Echinacea purpurea ‘Sombrero’. The quotation marks are an indicator that the species has been selectively bred for certain traits. We call these “cultivars”. Plants that are the same species as found in nature (no third name) are called “straight species”.

How to identify Cultivars species:

If you are hiring a Landscaper to install plants for you, ask for the scientific name of all plants being brought in for your design. Look for varieties in quotes and ask if native straight species can be substituted for the cultivars or nativars. Ask if they can denote which are purely native.

Doug Tallamy, entomologist at the University of North Carolina and author of Homegrown National Park, shared that there are multiple ways that selective breeding of plants can change how birds and insects interact with them. 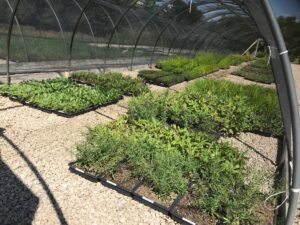 Some common traits found in cultivars are:

Dwarf varieties typically have low to no impact on pollinator health, meaning that they are just fine to add to your garden.

Double blossoms are hybrids or cultivars where the stamens which hold the pollen are converted into petals. This makes the flower sterile and has no food available to pollinators. For nectar loving wildlife, such as hummingbirds, the nectar-producing structures can be hidden by the dense petals, making it harder for the pollinators to access their food sources. The worst part is that the fragrance of the flowers still holds the promise of food to many pollinators, and they waste energy searching for a meal where there is none. It reminds of when my high school track team used to practice near a McDonald’s, and we smelled french fries while we ran sprints!

Sterile plants similarly have no pollen sources or seed production. While this keeps them tidy in your garden beds, they provide no important protein sources for birds and small mammals to raise their young and stay warm through the winter.

Changing the color of the leaves (making a green leaf grow as red or purple) can deter insect feeding. This is because the chlorophyll tastes different because of the anthocyanins (chemicals that create the different pigmentation). A good example of this is coral bells—which come in a wide variety of colors, and are a cultivar of the native, green-leaved alumroot (Heuchera richardsonii and Heuchera americana). You may think “GOOD! I don’t want them eating my plants!” However, we need caterpillars eating the leaves if we want butterflies sampling and pollinating our flowers! And after all, caterpillars drive food webs for birds as well.

Increased fruit size is mostly used in agricultural applications but can also occur in shrubs and flowers. Most pollinators have already fed off of the pollen prior to fruit production, so it is not a problem for butterflies.

What You Can do:

Native plants provide important habitat and food for Monarch butterflies, an endemic species across the United States and Mexico. To learn more about monarchs, visit Monarch Watch. You can also encourage your neighbors to plant native plants too! Send a letter to your local garden centers and nurseries to ask them to grow and sell natives that are not treated with pesticides. We’ve included a template at the link below. Download and add your name and information and send it off! 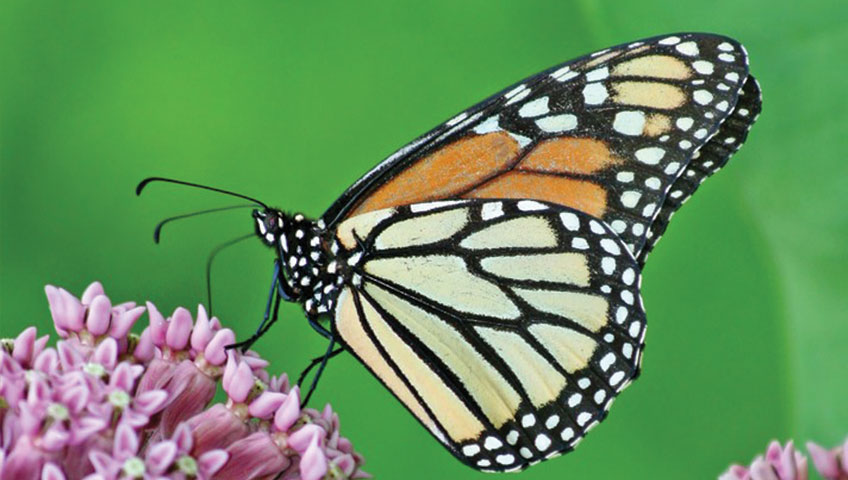 Schaumburg Monarch Initiative works to inspire the local community to embrace and participate in the National Wildlife Federation’s efforts to restore Monarch habitat throughout their Midwest breeding grounds including urban and suburban environments for the preservation of the endangered iconic Monarch butterfly and its incredible migration for our children to enjoy.

The vision of this program of the Monarch Initiative stared when three retired grannies decided they wanted to leave a legacy, for their families and their community. They began recruiting friends and monarch experts, developing plans and writing grants and participating in fundraising to protect the endemic Monarch Butterfly. In 2018, they helped build Monarch rearing cages at the Spring Valley Nature Center and  trained volunteers began raising monarchs from eggs. In 2019, the volunteers released monarchs, at twice daily educational events. Over 6,000 people attended these events, and we were honored with a Governor’s Hometown Award for our work. In 2021, they successfully petitioned the Illinois Senate to declare May is Monarch Month, and in 2022 stood by Schaumburg Village President Tom Dailly as he signed the Mayor’s Monarch Pledge.

Sarah Voska is a board member at Schaumburg Monarch Initiative. By day, she works as Sales Manager at Bluestem Ecological Services. She has worked in the landscape industry for 6 years and in environmental education for 7 years. Sarah is the 2020 recipient of the William H. Miller award for outstanding support of Conservation (Citizens for Conservation).